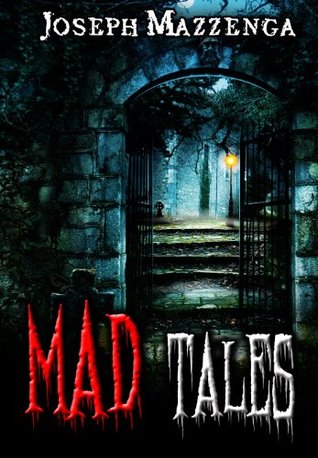 Synopsis: "Join in four compelling tales as nature, time, and space all collide to bring you from the teetering edge of reality to the darkest hours of the night…

Pepperell:
Spike wanted power and control. He and his gang, Bonnie, Moose and Skink, found it in the form of the sleepy town called Pepperell. But this town has a secret…a secret they want to keep forever.

Invasion of Blood:
The human race had come to an end. That much was certain. Centuries of culture, ingenuity, and bloodshed were all gone. Erased. A mere fabrication of universal imagination.

This was the final campaign for V’ry Captain M’Tal and his crew. A definitive conquering point to his celebrated career. What he didn’t count on was the last stand from a band of beings left on a sloppy little planet called Earth.

M’Tal hated humans. They should have been eradicated by the V’ry onslaught. He would make these humans pay for surviving the V’ry genocide.
There was just one troubling aspect…the survivors weren’t human.

When the Music Dies:
Dana is single, beautiful, professional law enforcement officer and deeply disturbed. With her body losing life slowly, her demons are in the playground of her mind intent on torturing her last days. Her friends and family are temporary salves to her inner wounds but in the end, only Dana can save herself. She’s looking for a fight and the battleground is in her mind.

Bloody Depths:
Maren’s home was the ocean that she loved. An oceanographer, she lived her dream of being one with the sea until the day an ill fog rolled in to change her life forever.

She lost everything she knew - her family, her friends and her humanity.
All that remains is her love of the sea, and a fading hope that the humanity within her can be saved by the caretakers of the ocean that no one knew existed.


My Review: I picked up this book at a local RI Author event, I am not normally a suspense or horror reader but I figured a collection of short stories was a great way to try out a new genre and author. All of the stories were very engrossing and while they were short, the stories were still completely satisfying to read, I didn't feel like I was left short changed. I really enjoyed the Bloody Depth's story, it was fascinating and a very interesting take on what goes on in the depths of the ocean. I also found the Pepperell story to be really intriguing, it keeps you in suspense and then sends shivers down your spine when you figure out what is going on. This was a really great collection of short stories, they were all cohesive and yet unique in their own ways.
My Rating: While I don't normally enjoy horror or suspense books this collection of short stories was an enjoyable trip into the genre.  I like that they are short but they are still complete stories, it was also nice that I knew the ending (even if a little creepy) and didn't end up with nightmares.  I give this book a rating of Four Paws.
You can learn more about Joseph Mazzenga and his work on his Goodread Page or Website.
You can also obtain your own copy of Mad Tales in digital or print format from Amazon or see if your local bookseller can order a copy for you.