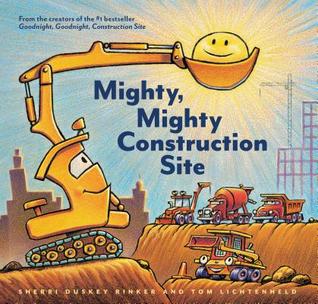 My Review: We are HUGE fans of the Goodnight, Goodnight, Construction Site book, so when I saw that a new book was coming out I had to get it for Munchkin. This one was just as good as the first book and I love how it does pick up right after the first book but you don't have to read it to enjoy this one. It has the same great rhymes and rhythm to the story and we get to meet some new trucks and equipment. Young ones will want to read this one again and again, but you won't get sick of it either.
My Rating: We loved this book, it was just as good as the first and is a fun book to read the next morning after reading Goodnight, Goodnight Construction Site.  We can't help but give this one a rating of Four Paws and a Stump Wag!
Good Night! Sweet Dreams! 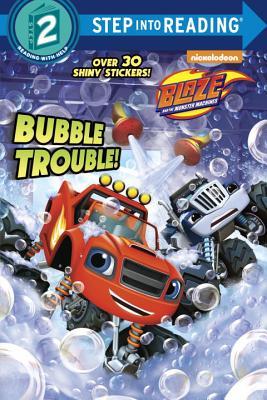 Read for: Early Reader Challenge & Munchkin Loves Blaze
Synopsis: "When Crusher mucks up the truck wash by using too much soap, it’s up to Blaze and AJ to fix the messy problem! Boys and girls ages 4 to 6 will love this fun-filled Step 2 Deluxe Step into Reading leveled reader that features their favorite friends from Nickelodeon’s Blaze and the Monster Machines. Plus it features a shiny cover and over 30 shiny stickers! Step 2 Readers use basic vocabulary and short sentences to tell simple stories. For children who recognize familiar words and can sound out new words with help."

My Review: Munchkin is a huge Blaze fan so we pick up just about every book we find. While this is clearly based on the show, I never saw an episode like this particular storyline. I like how for a change Crusher isn't being intentionally cruel or devious but just not listening. This is a great level 2 reader, slightly longer sentences, more text, more difficult words but all held together by a good storyline and favorite characters.
My Rating: This was a great book, it is an appropriate level 2 reader and the storyline was fun, not as much of the science and math as other Blaze books or the show but still a book young fans will really love.  We give this a rating of Four Paws!

Review of Letters to the Lost by Brigid Kemmerer

Read for: Requested Review/ Netgalley
Synopsis: "Juliet Young always writes letters to her mother, a world-traveling photojournalist. Even after her mother's death, she leaves letters at her grave. It's the only way Juliet can cope.

Declan Murphy isn't the sort of guy you want to cross. In the midst of his court-ordered community service at the local cemetery, he's trying to escape the demons of his past.

When Declan reads a haunting letter left beside a grave, he can't resist writing back. Soon, he's opening up to a perfect stranger, and their connection is immediate. But neither Declan nor Juliet knows that they're not actually strangers. When life at school interferes with their secret life of letters, sparks will fly as Juliet and Declan discover truths that might tear them apart."

My Review:  I loved the cover of this book and being an avid letter writer was intrigued by the synopsis. This was a little outside my normal genres as I don't read a lot of contemporary, especially YA but rather enjoyed this story. At times it was a little cliché and reminded me of a sappy chic flick. With that said, I really liked the characters, they were each unique and I really enjoyed getting to know them and their individual background stories (I think Rev deserves his own book - and I just found out one is expected next May). I also loved the format of this book, the various script and text fonts really added to the story and added to both Declan and Juliet individual voices. It is a quick moving story but does contain some pretty hard, and trigger, subjects including abuse, suicide, alcoholism, neglect, and more. Based on this book I will be seeking out more of Kemmerer's books.
My Rating: I really enjoyed this book, more than I ever expected. While some of it is a little cliché, the characters really saved it from going too far over into that realm.  I give this one a rating of Four Paws.
I received this book via Netgalley in exchange for an honest review.
To find out more about Brigid Kemmerer and her work you can check out her Goodreads Page or Website.
Letters to the Lost is scheduled for release on April 4th, 2017 but you can pre-order your copy in print or digital format from Amazon or Barnes & Noble or check with your favorite book supplier.

Series Review of Sons of the Revolution by Shana Galen

I have been trying to figure out a way to share all these books I read with you but still include other non-review posts on the blog.  One method I have come up with was to share the reviews for an entire series (or pair) of books in one post.  I will do my absolute best to keep spoilers out of these posts in case you plan to read the books, but there is a slight chance that even the synopsis of a book can give away the result of the previous book. So if you don't want to know anything at all about the later books in a series that might giveaway something in the first book STOP READING NOW! 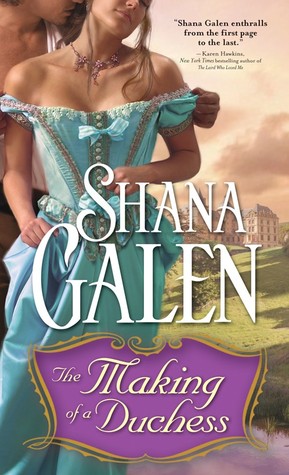 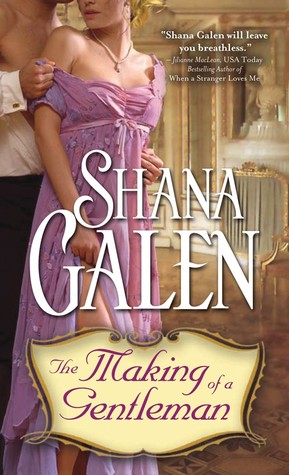 Synopsis: "Twelve years in a French prison leave Armand Harcourt a hollow shell. Back in England, his noble family hire Felicity Bennett to teach him manners and speech. Desire shakes both, and heals their past scars in surprising dangerous ways." 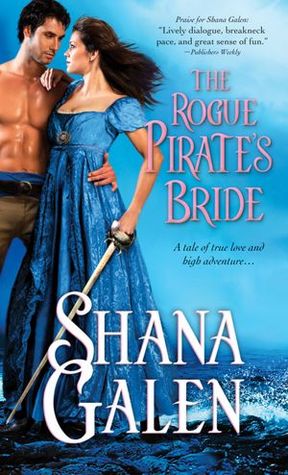 My Review: I have been absolutely inhaling this trilogy, and I thought the second book was my favorite but this might be a very close contender. It is hard to beat a historical romance with pirates! I absolutely loved the characters, both of them were fantastic, unique and had plenty of backstory to get to know them. The back and forth between Bastien and Raeven was so much fun to read and kept the pages turning. I also really enjoyed the strategies and action that was packed into this story. I am really sad to see this series end, but glad I can re-read the books and revisit the characters in this series.
My Rating: While I am so sad to see this series end, I do think this was a great conclusion to the series. And Pirates!! I give this a rating of Four Paws and a Stump Wag!
~~~~~~~~~~~~~~~~~~~~~~~~~~~~~~~~~~~~~~~~~~~~~~~~~~~~~~
Full Series Review: I can't believe I left this series sitting for so long on my shelves. While most of the characters behaved a little brazenly for the time period, it was still a very interesting perspective to the French Revolution. I really enjoyed each of the characters, they were all unique and entertaining. If you are looking for a historical romance series definitely check this one out.  I do believe there is another novella for this series but it is in an anthology and I will not be reading it at this time, even though I really do love these characters.  I give this series as a whole a rating of Four Paws and a Stump Wag.
Do you enjoy historical fiction or romance? What is your favorite time period to read? Have you ever read any of Shana Galen's books? Any recommendation of which of hers to pick up next?
﻿
Posted by Angela at 8:00 AM 2 comments:

Books Added to Shelves This Month
Viking Warrior Rising by Asa Maria Bradley
Winner's Kiss by Marie Rutkoski
Bubble Trouble by Mary Tillworth
Blaze Loves to Race by Mary Tillworth
Beauty and the Beast: Lost in a Book by Jennifer Donnelly
Heartstone by Ella Katharine White
Beauty and the Beast by Gabrielle-Suzanne Barbot de Villeneuve
Norse Mythology by Neil Gaiman
Fantastic Beasts and Where to Find Them by JK Rowling
Beauty and the Beast: Belle's Library by Walt Disney Company
Trapped by Michael Northop
Samurai Rising by Pamela Turner
The Mating by BJ Cunningham & Misty Clark
Hold Your Breath by Katie Ruggle
Fan the Flames by Katie Ruggle

Not the greatest of reading weeks for me as far as completions go but I did do a lot of reading, I will have a lot of books completed next week.   I had quite the week last week between reading a lot and also starting the spring purge of my house (trying to do the 40 bags in 40 days challenge) and then of course my birthday and then a snow day.  Such a busy week but it was a rather fun week.

This week I was supposed to be on vacation but of course I get called into the office for the first half of it.  Thankfully, mother nature has decided I work too hard and is forcing my vacation by giving us another snow day tomorrow! We will also be taking a little trip down to NYC for a long weekend to visit some friends.  We may do some sight seeing if it warms up a bit if not we will just hunker down and enjoy each other's company.  I do get to see the new Beauty and the Beast movie too, I am beyond excited and I really hope it holds up to my expectations.
Posted by Angela at 10:09 AM 2 comments: