I have decided to add a new post to my list of things that could happen on the weekends.  As part of my resolutions for 2015, I wanted to do more fun things with Munchkin and as a family.  I will be posting sporadically about some of the fun adventures we are having together.
So I will be the first to tell you I am not a baker. My idea of cookies is those Pilsbury ones that are premade dough and even already portioned out that you just pop on the tray and bake. I do feel like it is something that should be a part of the holiday though, it is always so nostalgic to gather around the warm kitchen making holiday goodies. So thankfully friends and family stepped up to the plate to give Munchkin these memories (and to sacrifice their houses to a preschooler armed with frosting and sprinkles).
First some friends of ours had all their friends with young kids over for gingerbread house decorating. The houses were graham crackers and the trees were ice cream cones all hot glued together prior and then the kids were released with bowls of sprinkles, candies and frosting. Munchkin had a lot of fun making his but I learned he still hasn't gotten over his hatred of being dirty and sticky. 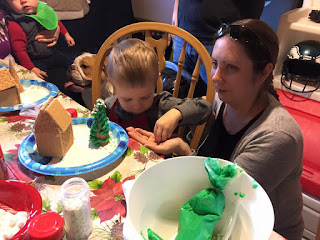 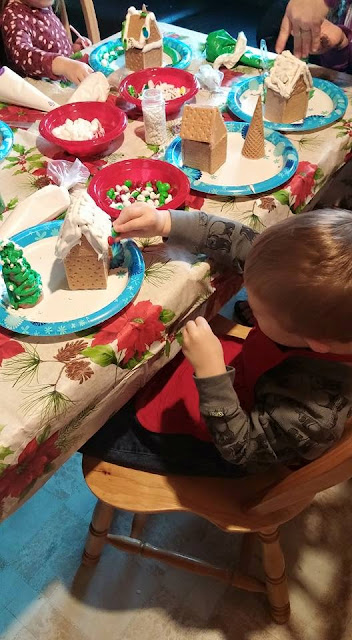 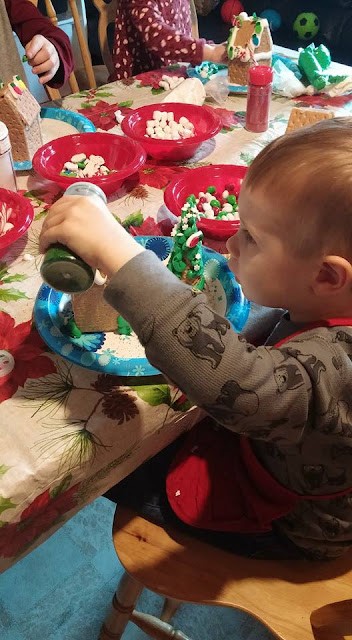 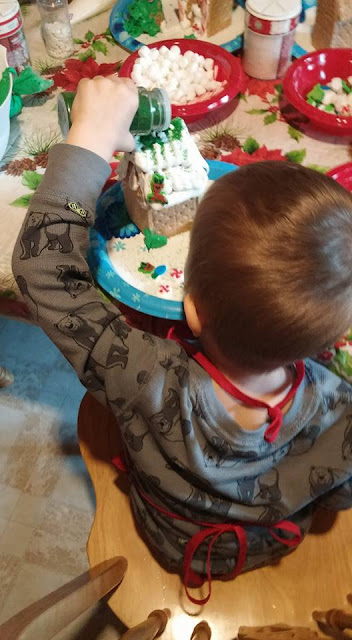 Then the following morning Hubby's Uncle wanted to do something fun with Munchkin and came up with a plan to make cookies. We decided on snickerdoodle cookies (mainly because that was the recipe we had everything for). Munchkin absolutely loves Uncle B and had a blast with every step of the process. 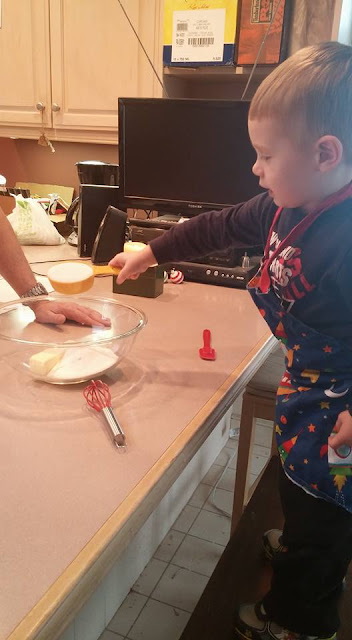 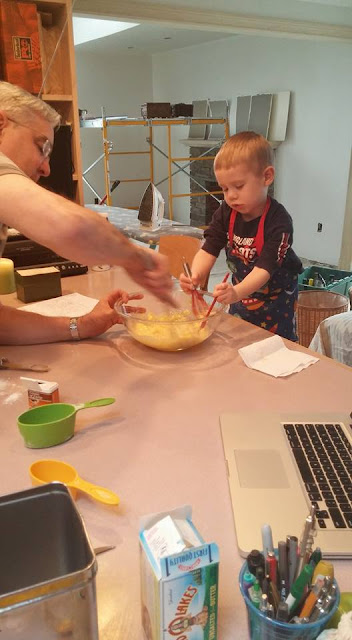 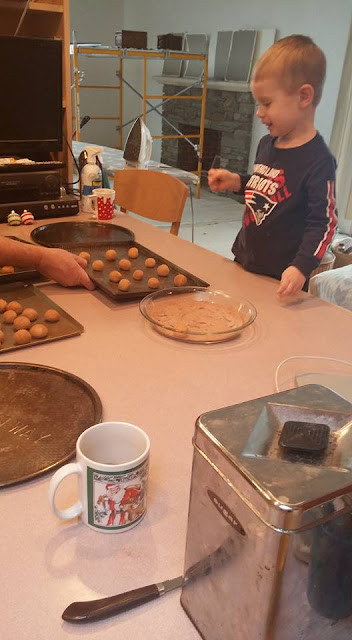 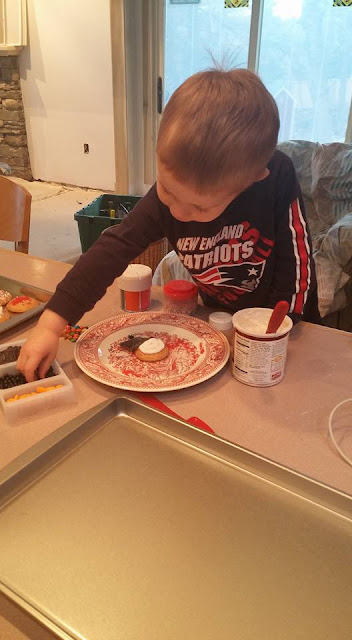 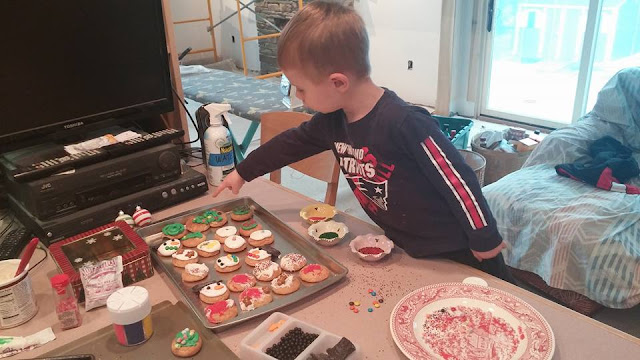 It was certainly fun making these memories with him (and just as great not to have the mess in my house) and with our friends and family. I think one or both may end up becoming an annual tradition.
Posted by Angela at 8:00 AM