Review of Tale of the Taconic Mountains by Mike Romeling 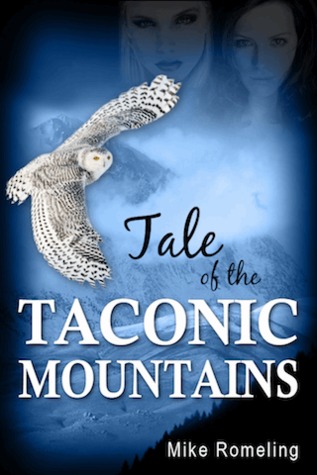 Synopsis: "Everyone had an agenda and it just seemed like coincidence—and of little consequence—that they happened to end up in the small town of Cedar Falls nestled at the base of Bakers Mountain, deep in the ancient Taconic Mountain range. Completely involved, even obsessed, with their own pursuits, it was hardly surprising the visitors would be unaware of older agendas both within the dying town and up in the forests and ridges of the mountain looming above.

There was the discontented novelist fleeing his job and his family, hoping to regain his mojo with a young girlfriend and a new book; a mother in search of her long-estranged daughter, but finding first an unlikely romance with the proprietor who loved his failing bowling establishment like a child—at least when he wasn't making plans to burn it down for the insurance; a soap opera queen who thought she was stopping by for a simple PR gig for the PETA folks when the town was plagued by thousands of bats in search of a new home. Instead found herself revisiting Gretchen Foley, the frightened disturbed child she had been before emerging as the famous Amber Steele.

There were the two Native American friends who came to climb the mountain in search of the fabled quartz Spirit Stones of their Mohican ancestors, the young man who wanted to retrace the steps of his grandfather who once lived along the river that flowed through town. But instead he would come to grief and need to be carried down the mountain by the mysterious and seemingly ageless Boudine sisters who had led secluded lives high on the mountain as long as anyone could remember. Few knew where these strange women had their cabin, but the dying Randle Marsh did, and it was said that he visited the sisters often; was he trying to live on endlessly as dark rumors suggested the sisters did? The rustic Wayne Funt knew where they lived too, but he would leave them strictly alone until he and his dog Duke played a major role in the mayhem that broke out during the raging Christmas snowstorm that buried the town and the mountain.

This collision of clashing agendas was presided over by a sheriff who did the best he could to navigate a safe landing for as many as he could who shared the wild ride on this memorable, often frightening year. And if the result could often be laced with humor and absurdity, it was always tempered—sometimes tragically—with what has always been true: sometimes, deep in the heart of the New England mountains, there are things going on, things both lighter than air and darker than starless night."

My Review: This wasn't quite what I was expecting, I found it very difficult to get into the story. The characters were vivid and the setting was very vivid. However, the story seemed to amble a lot, there were times the author got off on a tangent and it started to read like a tourist brochure for the area. Not that I am against it, I actually enjoyed the history and little inside stories of the area, but in this case it really took away from the story and made it difficult for me to continue to read. At times all the background information on even the most minor of characters or the mountains themselves didn't seem to add to the story. For me if there was a little editing and shortening of the story it would have been much better, but would just fit my reading style, for others this may be a perfect fit.
My Rating: As I said I had a difficult time with this book, I just couldn't get into it and found I had to make myself to finish reading it before starting anything new. That said the characters were very well developed and Romeling did make me want to visit the area and find out how much of the history in the story was true. I give it a rating of Two Paws.
Tale of the Taconic Mountains was sent to me by the author for an honest review.
You can find out more about Mike Romeling and his work on his Goodreads Page.
You can also obtain your own copy of Tale of the Taconic Mountains in either Print or Digital formats on Amazon or Barnes and Noble.