Review of The Sandcastle Empire by Kayla Olson 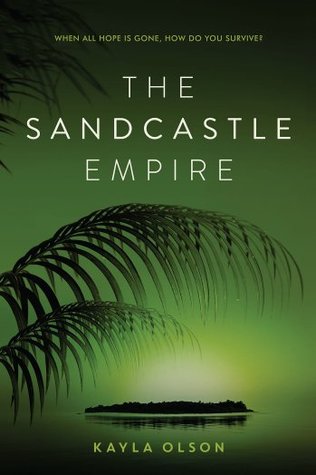 Synopsis: "When all hope is gone, how do you survive?

Before the war, Eden’s life was easy—air conditioning, ice cream, long days at the beach. Then the revolution happened, and everything changed.

Now a powerful group called the Wolfpack controls the earth and its resources. Eden has lost everything to them. They killed her family and her friends, destroyed her home, and imprisoned her. But Eden refuses to die by their hands. She knows the coordinates to the only neutral ground left in the world, a place called Sanctuary Island, and she is desperate to escape to its shores.

Eden finally reaches the island and meets others resistant to the Wolves. But their solace is short-lived when one of Eden’s new friends goes missing. Braving the jungle in search of their lost ally, they quickly discover Sanctuary is filled with lethal traps and an enemy they never expected.

This island might be deadlier than the world Eden left behind, but surviving it is the only thing that stands between her and freedom."

My Review: The first chapter of this book really hooked me into it with the suspense element but unfortunately it didn't continue with the intensity. This is a more sci-fi style dystopian with a lot of scientific elements but none of them are really explained to the extent I would have liked. There is also some interesting political and societal elements at play but again we really just get a surface glazing. The romantic elements are really pushed to the front when the situation doesn't really call for it. I did appreciate the family element though and the difficulties and choices that are forced upon them. I almost gave up about half way through because I just wasn't getting that heart pounding intensity that was promised with the beginning. I did see it through to the end in hopes of a big climax but again was disappointed. Sadly, this one just wasn't for me.

My Rating: Normally I complain that Sci-Fi gets too technical but in this case, if you are going to have science influence a good portion of your plot, you better be able to back it up with at least some detail.  I also wanted so much more digging into the politics.  This seemed like a first book in a series because there was a lot to build from, but it looks like it is a standalone, so ended up being a lackluster book.  I give it a rating of One Paw and a Stump Wag.