Review of The Tale of Oriel by Cynthia Voigt 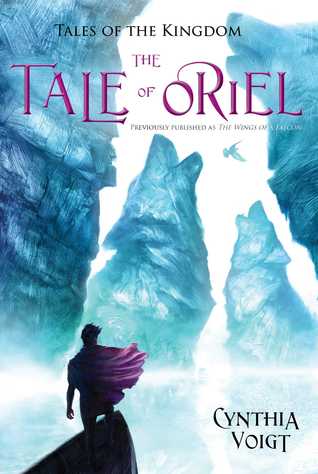 Read for: Mount TBR Print & Series Challenge
Synopsis: "The prospect of freedom is weighted with danger in this tale of high adventure, the third book in the Tales of the Kingdom series from Newbery Medalist Cynthia Voigt.

Oriel has always stood out as someone who would not bend. No matter how much he has had to endure, the Damall’s cruelty cannot corrupt him. Griff, a boy who has watched and admired Oriel, is the opposite. He has learned to keep out of sight, to bow in the face of force. Yet the two became friends, and together they escaped from the terrors of the island and take with them the Damall’s most prized relic—the beryl, a green gemstone engraved with a falcon, its wings unfolding. But as they seek a new life, it’s not as easy as they’d hoped, for ahead lie raiding Wolfers, rival armies, and unspeakable dangers...

Previously published as Wings of a Falcon, this classic tale features a new look and a new title."

My Review: This is another very slow paced fantasy book, I did struggle to get into this book for a good portion of it. There is a lot of things going on in the book and the story moves along well but the style of writing is very observant and quiet. It also takes place several years after the previous book in the series, there are 2 generations between then end of the previous book and this one and it starts off in a place that is unfamiliar. The story did really pick up about 2/3rds of the way through and I really didn't want to put it down because there were so many twists happening I couldn't even image what would happen next. The ending was particularly surprising to me and it was a joy to read a book that offers surprises even if it was quite a journey to get there.
My Rating: While it really took me a while to get into this book, once I did it really was enthralling. I want to also note this book has a male protagonist as opposed to the girls of the previous two books which made for an interesting shift too.  I give this one a rating of Three Paws and a Stump Wag.