Review of Shadow by Amanda Sun 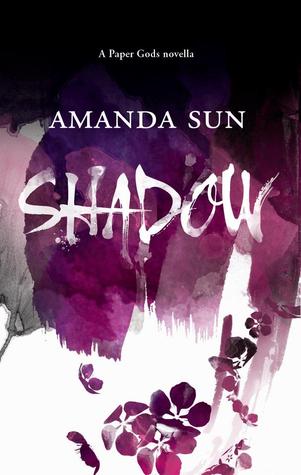 Synopsis: "Meet two teens whose worlds are about to change forever in this paranormal Young Adult novella, a prequel to Ink by debut author Amanda Sun…

Katie Greene’s worst nightmare comes true when her mother dies, and she’s devastated to learn that she will have to leave the only home she’s ever known. Desperate to find where she belongs, she must decide if she has what it takes to start a new life across the ocean.

For Yuu Tomohiro, every day is a nightmare. He struggles to control his strange ability, and keeps everyone at a distance so they won’t get hurt—even his girlfriend, Myu. At night, a shadow haunts his dreams, and a mysterious woman torments him with omens of death and destruction. But these haunting premonitions are only the beginning…"

My Review: I had a pretty difficult time with this novella. I am not sure if I should have read this after Ink instead of before because I was terribly confused. I am not familiar with a lot of the Japanese culture and terms that were used, granted there was a dictionary at the end but those are always hard to use with an ebook. I already own Ink so I will read that one and give this another chance because it sounds like a very interesting concept but I have a feeling this will be one series I set aside in the future.
My Rating: Unfortunately this wasn't a good kick off to the series for me but I will try to read the first official book and hopefully it will all become more clear. I give it a rating of One Paw and a Stump Wag.