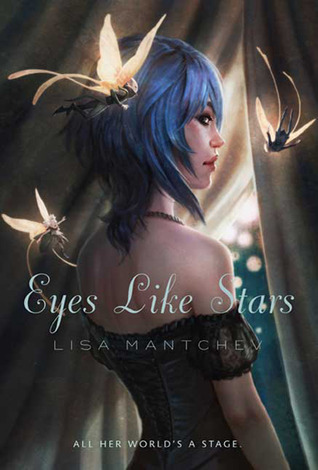 My Review: I was really looking forward to starting this series, and it is clear this is the first book of the series until you start reading. I felt like maybe I missed a prelude. I had an unusually tough time picturing the scene. Maybe you need to be very familiar with the workings of a professional theater and the backstage workings? I'm not really sure because while I do enjoy plays, I am not familiar with all the details of pulling one off. It was an interesting concept though, everyone confined to the theater and able to be called on stage with just the use of the headset, any scene or act ready on a moments notice. An escaped actress who returned and now another trapped actor wishes to escape but possibly Bertie is the only one who can release him. I think that maybe the characters would have eventually grown on me but I don't see me being able to dedicate the time to the next novel of the series.
My Rating: This was such a disappointment.  I wasn't attached to any of the characters except Nate, in fact I found several of them very annoying and distracting.  For the great story concept, it was a little bit of a let down.  I give it a rating of One Paw and a Stump Wag.﻿
Posted by Angela at 9:00 AM