Read for: Recently Added to Shelves & Love this series!!

A Promise of Fire
Breath of Fire 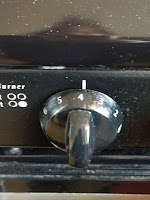 4 out of 6: Less than the previous books but when Griffin & Cat get together they certainly create a lot of steam!

Synopsis: "Who is Catalia Fisa?
With the help of pivotal figures from her past, Cat begins to understand the root of her exceptional magic, her fated union with Griffin Sinta, and Griffin's role in shaping her destiny.

Only Cat holds the key to unlocking her own power, and that means finally accepting herself, her past, and her future in order to protect her loved ones, confront her murderous mother, and taking a final, terrifying step--reuniting all three realms and taking her place as the Queen of Thalyria.

What doesn't kill her will only make her stronger...we hope."
My Review: This is going to be a tough book to review, it is the last in this trilogy but it appears that it maybe isn't the last in the world. There is also a lot packed into this book, it is pretty much non stop action with little down time for Cat and Griffin or Beta team. I have said before that I am not a big fan of the Chosen One trope but the previous books in this series really softened the blow of that concept with a big team effort, but this book kind of veers more down that path than I would have liked. It becomes more and more clear throughout the book that Cat has to step up on her own and is the only one who can fight many of the battles, I much preferred the earlier books in this aspect. With that said there are some great lesser known mythological stories woven into this one and it was a great addition. There were also some great twists, epic heartbreaks and highs that kept the pages turning. Be warned that this doesn't wrap everything up in a nice little bow, there are a lot of dangling plot lines and I really hope we don't have to wait too long for more books with the Beta Team!

My Rating: We didn't get much down time and Cat & Griffin spent a good portion of the book separated so I kind of miss those moments. While it wasn't my favorite book in the trilogy, I did really enjoy the development several of the sub-characters went through. I give it a rating of Three Paws and a Stump Wag.