Review of Like a Closed Fist by E.H. Nolan 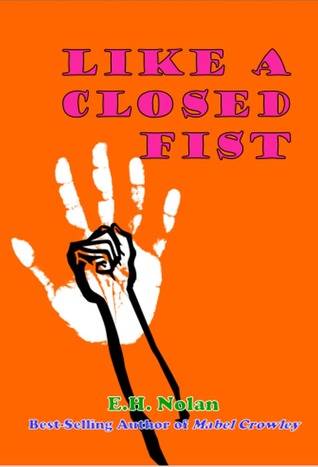 Read for: Requested Review
Synopsis: "It was harmless enough: her best friend's wedding. But for California girl Phoebe, forty-eight hours in North Carolina changed her life.
No one is more surprised than Phoebe when she falls hopelessly in love with her dad’s much older, very married friend. Although she wants nothing more than to jump headfirst into an affair with Mitch, he refrains, telling her she’s just a kid.
Determined to prove him wrong, young Phoebe learns the irony of best laid plans. She travels to North Carolina for a wedding and accidentally falls head-over-heels for two very different men: Mason, the hotel concierge, and Frankie, a captain in the Merchant Marines. Throw in two old flames and a hunky masseur and you’ve got a most complicated love hexagon in this cautionary tale of love, sex, grief, and growing up."

My Review: I have enjoyed a previous historical romance from the same author so thought I would give this one a try. This is more of a contemporary/ New Adult book, which isn't my most beloved genre but thought I would give it a try anyway. I must say that I was not a fan of Phoebe, but that is pretty normal for me in NA books, I find a lot of the characters to be immature for their age because I grew up and took responsibility much earlier. There is also a lot of possible triggers throughout the book including promiscuity, abuse, cheating, drugs, etc. I did like Bruce, he was a good solid and patient character that moved the story along. It took quite some time but it was nice to find the character finally maturing in the last 50 pages or so. I will say that this book doesn't have happy ending or everything wrapped up in an unbelievable conclusion, which was refreshing.
My Rating: This was one of those books that may not have been quite a good fit for me. I really struggle with immature characters that make irrational decisions, though I was happy to see Phoebe really develop as a character, not because of any outside source like she was searching for but from something a little closer to home.  I give this one a rating of Two Paws and a Stump Wag.
I received this book from the author in exchange for an honest review.
You can find out more about E.H. Nolan and her work on her Goodreads Page or Website.
Like a Closed Fist was recently released in December, 2016 and you can obtain your own copy in digital or print format from Amazon or in print format from Barnes & Noble.