Review of The Princess and the Hound by Mette Ivie Harrison 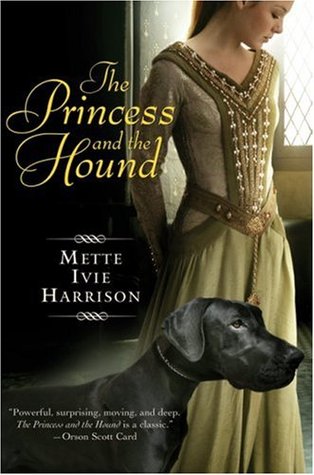 Read For: Mount TBR (print) & Series Challenge
Synopsis: "He is a prince, heir to a kingdom threatened on all sides, possessor of the animal magic, which is forbidden by death in the land he'll rule.
She is a princess from a rival kingdom, the daughter her father never wanted, isolated from true human friendship but inseparable from her hound.
Though they think they have little in common, each possesses a secret that must be hidden at all costs. Proud, stubborn, bound to marry for the good of their kingdoms, this prince and princess will steal your heart, but will they fall in love?"

My Review: This book has been on my shelf forever and I was really looking forward to reading it and the whole series (once I got them all). Unfortunately, it wasn't as I expected. The story moves extremely slowly, and not due to any large amounts of world building like you would expect. There is a lot of repetition and internal turmoil with the characters but not anything that really captures the reader or make you passionate about the characters. I did really like the take on the fact that not using magic takes a toll on the wielder instead of when they use the magic, so that was an interesting take, but it was also about all the book had to give. Oh of course there were other messages throughout the book about bravery, duty, love and looking beneath the outer layer but not anything new. I do have all the other books already so I guess I will be reading them in hopes that the series improves.
My Rating: This was such a slow book, but not because any significant world building like you would expect either (that I could deal with). It did have some really unique ideas that I really appreciated but it was just too slow to really enjoy. I give it a rating of One Paw and a Stump Wag.