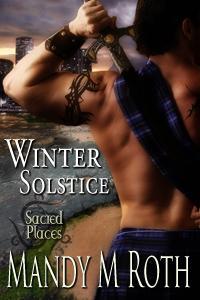 Synopsis: "Powerful, immortal, magikal and cursed to the shadows of the night. Gordon O’Caha, a seven-hundred-year-old druid sorcerer, fell in battle centuries ago. When he recovered, he found he wasn’t as he’d once been, purely magik. He was much, much more. Now, he shares his body with darkness—a demon gifted to him by the blood drinkers he’d been attacked by. His family and clan haven’t turned their back on him. It’s Gordon who has shut himself away from them. This hardened man does what he has to in order to survive—he drinks blood, feeds his sexual lust and exists. Nothing more. That is, until a sassy slip of a woman careens into him on the street, spilling her hot coco all over his groin. It’s literally hotter than he can handle. The minx isn’t what she appears to be and when her secrets are revealed, so is a dangerous plot.

Chelsy Riley is doing her best to get by. Her grandmother’s passing left her without family and with a tiny used bookstore to run. She thinks it’s as hectic as it can get. When she slams into a sexy, gruff man who seems oddly out of time and place, she learns what secrets her past holds and that her future is full of endless possibilities. That is, only if she doesn’t become a sacrifice for dark mages."

My Review: I was beginning to loose my love for paranormal books because they seem to be all the same, that is until I read this one. I must say I am in love with this series and the characters. Such an interesting combination, Druid and Vampire. I really did love Chelsy, and even the brief view of the sub-characters of Gordon's family. And oh boy there is some steam in this one too! The only thing that let me down a little was that I was expecting the winter solstice to play a larger role in the story (that is after all why I purchased it). Either way though I think I will track down some more books by this author and in this series.
My Rating: I found myself really enjoying this book even with the lack of Winter Solstice celebrations.  I am definitely tracking down the rest of this series. I give it a rating of Four Paws. 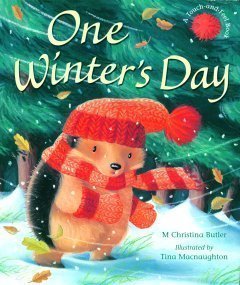 Synopsis: "A delightful story about sharing with others, with soft flocking wherever Little Hedgehog's mittens, hat, and scarf appear."

My Review: This is such a cute little story. I love the illustrations and Munchkin is at the point where he can find and feel the textures in the book. I love how the Hedgehog is so kind and generous even though he is suffering as well and how the animals find a way to repay him for his kindness. I nice little message about how kindness will be repaid in some way.
My Rating: I really enjoyed this little story and so did Munchkin. I think it will be a fun one for us to read all winter long.  I give it a rating of Four Paws!
Good Night! Sweet Dreams! 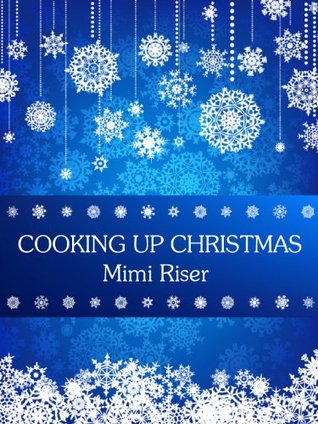 Synopsis: "Scrumptious holiday recipes, plus a Christmas short story as a special bonus… Good food and good cheer! Festive fare that’s sure to delight. This is a little book that’s big on warmth and color. It focuses on variety and culinary vivacity, taking some of our classic holiday foods and doing delicious new things with them (but without getting too complicated). Some of the dishes are sweet, some are savory, some are a bit of both. All are easy to prepare, and almost too easy to eat. Add in the bonus short story, and you’ve got food for the soul as well – all the joyful inspiration you need to start cooking up Christmas!"

My Review: This was an interesting combination of cookbook and story. I loved the recipes (have yet to try them out but plan to soon) and a great idea to have ones for leftovers! Many of the recipes had me drooling, confetti corn, festive red and green beans and carrot coriander dip will be on our holiday menu this year I am thinking. The story was a little odd for me, I am not a huge fan of Science Fiction but it did take a very interesting and fun twist.
My Review: For some reason I find myself very excited to have the combination of recipes and a story in one book.  While the story wasn't quite to my taste, the recipes certainly were, I give it a rating of Three Paws. 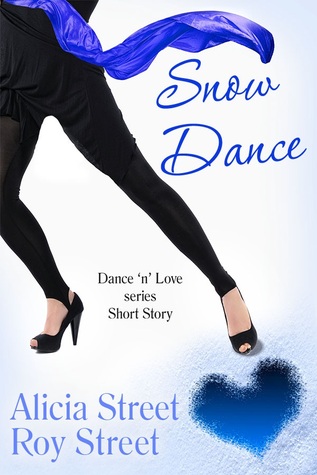 Synopsis: "After a bitter divorce, Amanda Kushinski, a former Broadway dancer from Manhattan, moves to a peaceful village on Long Island’s rural North Fork to open up a vintage clothing shop. She wants solitude and anonymity, but instead she finds herself involved with an elusive ghost, a troubled teenage girl, and a sexy local fisherman who makes her believe in second chances.

Russ McNeil has very bad taste in clothes. A sixth generation son in a family of fishermen that worked the Bay and the Sound, he has no illusions about what life has to offer him, including in the romance department. But he’s in for a little surprise."

My Review: This may have been a short and simple romance novella, but I was completely sucked into the story. I enjoyed the characters and though we didn't get to dig into their personalities much, they still shined and made you care about them. I really enjoyed Amanda and Russ sounds completely drool worthy, even young Casey and Parker connected with me. I have a feeling I will be following this series through to the end!
My Rating: While this isn't exactly a Christmas story, it is winter based and so fun. I really enjoyed the characters and look forward to reading more about them all. I give it a rating of Four Paws. 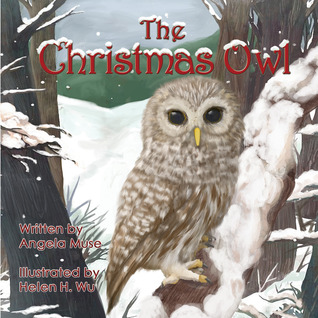 Synopsis: "A Barred owl becomes injured and must ask others for help. He promises to give back to those who have a generous heart and he is true to his word."

My Review: This was a cute story but one I felt I have read before only with different characters. It is interesting to see that the owl went to his typical prey for help. The illustrations were lovely but as I said it was had just too much in common with so many other stories of the season.
My Rating: It was a cute story but felt like too many others. The illustrations were very beautiful though.  I give it a rating of Two Paws and a Stump Wag.
Good Night! Sweet Dreams! 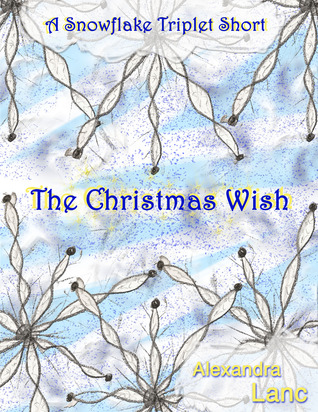 I didn't get much reading done last week, between the wedding, pinterest and now a very sick little munchkin (I can feel me catching his crud too). I had planned on getting a whole lot more reading done but it will all have to wait until I can get my little man healthy.

Additionally, has anyone else had trouble with their kindle paperwhite after the last update? Since then I haven't been able to open any of the books, I have tried shutting down and reloading, unregistering and reregistering and even deleting and downloading from the cloud again. Nothing seems to be working and it frustrates me that it is not even a year old and I already need to contact customer service.

Anywho, I hope your weeks are looking brighter than mine!!
Posted by Angela at 3:34 PM 2 comments:

My Review: So this is quite obviously a novella to a series, and you feel a little lost at the beginning. There are a lot of characters and a lot of quick back stories (that are probably covered in greater detail in the series books)to keep straight. It should have been overwhelming, and I admit it was through a good part of it, but I found myself totally intrigued by the characters and I really want to read the rest of this series to learn their full stories! I loved the Santa and all his little inside information and gifts, and of course the Rose Sisters seem like very interesting ladies.
My Rating: Even though the characters back stories were a little rushed and I found myself lost at times with the wealth of characters, I still found myself caring about them and connecting with them.  I give this story a rating of Three Paws and A Stump Wag.