Review of Gifted Hunter by Nicholas A. Rose 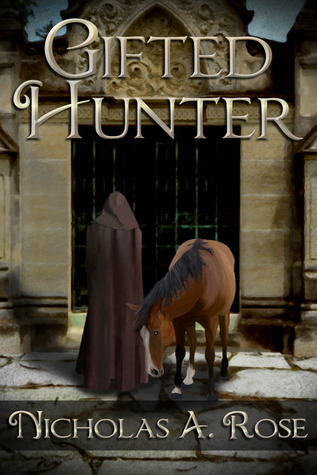 Synopsis: "The thief turned killer, the determined young bounty hunter, the City Guard who want him to fail.
*
Sallis ti Ath is in Marka, driven to make a name for himself and be the best bounty hunter. The city's wealthy are plagued by a series of thefts and now the thief has committed murder.

Sallis claims he will succeed where all others have failed and swears to bring the thief to face justice. But the young bounty hunter quickly learns that, not only do some want to see him fall, but there is much more to his commission than he realized."

My Review: As I suspected this second novella in the series was easier to understand and follow than the first. I really like Sallis even though he is far more mature than his years account for. I also enjoyed the story line and the stance he takes on justice. I think this is a series I will continue to follow because I have really grown to care for Sallis.
My Rating: I enjoyed this installment to the series, however I would like to have a full length novel as opposed to a novella. I give it a rating of Three Paws and a Stump Wag.