Author Feature: After Dark Review of Resist and Longing by Lilly Avalon 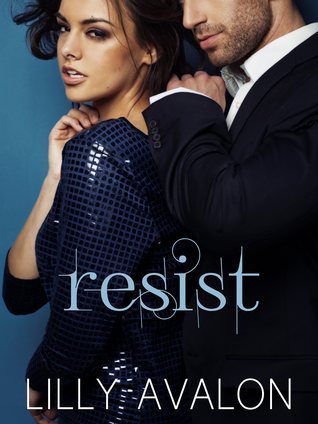 Synopsis: "Allegra Maxwell is sick of the monotony of life. It's all work and no play, and right now she wants to play. She shows up at her company's yearly meeting with one goal in mind: have a one night stand with a stranger. What she doesn't count on is Devlin Pierce walking through the door.

When Allegra first met Devlin, she knew he would be nothing but trouble. After he proved her theory true last year, she made a vow to avoid him at all costs. He's the last person she wants to see, and he knows it. He refuses to leave her alone though. As much as she tries to fight it, the pull he has on her is undeniable. Her ability to resist him proves impossible when Devlin makes her an offer she can't refuse.

*Resist is a 21,000 word erotica novella, and the first of a three book series*"

My Review: I have had all of Lilly Avalon's books sitting on my TBR for far too long, I am so glad I finally took the plunge. This book was a quick read that pulls you into the story. I loved that Allegra was a strong and confident female character, too often the females are naïve to bedroom adventures but she knows what she wants and goes after it. I didn't quite get a full grasp of Devlin but hope that in the future books I will learn more.
My Rating: This was a great first book, especially being on the shorter side. We got a taste for the characters and the tension between them. It definitely left me reaching for the next book. I give it a rating of Four Paws!
~~~~~~~~~~~~~~~~~~~~~~~~~~~~~~~~~~~~~~~~~~
Here is the review of the second book, if you don't want to be spoiled about the first book stop reading here! 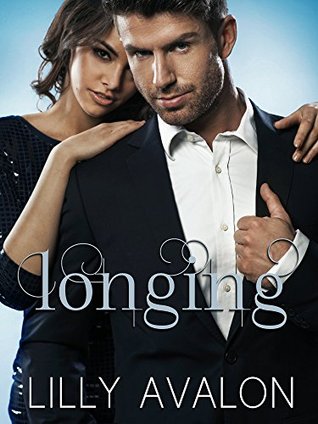 Synopsis: "It's been two months since Allegra walked out of Devlin's hotel room. Well, two months and five days, but she's not counting. She needs to move on, but before she can, Devlin shows up again...as her new coworker.

Seeing him at work every day is enough to make her lose her mind. Allegra tries to stay away from Devlin, knowing the effect he has on her, but she can't. The more she's around him, the more she's tempted to have something more with him. After everything that's happened in the past, it's a slippery slope that may land her in a place she never wants to revisit. Something is happening to her heart, though. A longing is building up that isn't one-sided...and doesn't feel temporary.

He wants her. She wants a forever. Is it possible to have it all?

*Longing is a full-length erotica novel, and the sequel to Resist*"

My Review: After reading Resist I was very curious as to where the storyline would take Devlin and Allegra so had to pick this one up right away. I enjoyed the development of the relationship and particularly Devlin's character development. I must say while I loved Allegra in the previous book I did not enjoy her in this book. I found the roadblock to the relationship to be a little bit of a weak excuse on her part and should not caused her as much trauma as it did in the book. I did really enjoy her family though and they made some really great sub-characters that I would love to learn more about. With all that said it was a good story with a lot more development in the story than the previous book but that certainly didn't cause a drop in the sexual tension or steam in the book.
My Rating: I definitely am glad to have gotten to know Devlin better in this book but Allegra lost a lot of her appeal for me in this one, she lost that confidence that I loved in the first book.  I give this one a rating of Three Paws.﻿

You can find out more about Lilly Avalon and her books on her Goodreads Page and Blog.
You can get your own copy of Resist in Print or Digital format from Barnes & Noble or Amazon.  You can also get a copy of Longing in digital format from Amazon or Barnes & Noble
Don't forget to check out my interview with Lilly Avalon and enter the giveaway HERE
﻿
Posted by Angela at 10:00 PM