Review of The Untouchables by Eliot Ness 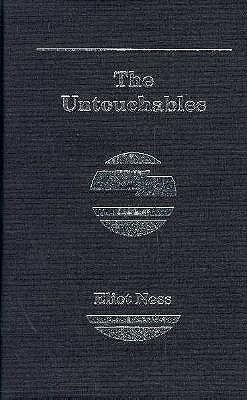 Read for: Reading Across the States
Synopsis: "The Untouchables is the gripping true story of the team of men who broke the back of the vicious Chicago crime mob and its stranglehold on the nation, told by the man who orchestrated the effort."

My Review: I have a secret soft spot for mob books, I read Donnie Brasco's book in high school and since have rather enjoyed them. The Untouchables was no different. It is written in such a way that it is more like reading a journal account than an actual story. I enjoyed the book even though it wasn't quite as heart pounding as I expected, you would expect far more threats and shootouts from Al Capone. At times Eliot almost makes them seem dumb and lazy. All that said it was an interesting book and enjoyable to read, and rather a quick read too.
My Rating: This was a surprisingly enjoyable and fast read. I am also curious to see the movie (which I am surprised I have never seen). I give this one a rating of Four Paws and will be recommending it to several of my friends and family!

Email ThisBlogThis!Share to TwitterShare to FacebookShare to Pinterest
Labels: 2015 Challenge, book review, Reading Across the States