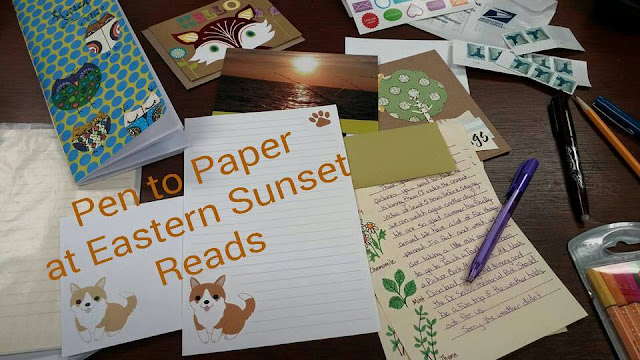 Hello again! Like I said last week, I am keeping these posts much more low key. I don't want to have to so much pressure to research subjects for each week's posts. I do have a fun post for today, as I said before Christmas I have started making my own stationery, and it has been really fun. It isn't as nice as the printed papers I get from Etsy but they add a special touch (and stretch the craft supplies I have spent so much money on over the years).
Here are a few of the stationery sets I have made in the past month 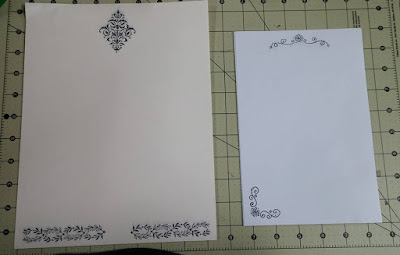 These two sets were made for an uncle who enjoys sending letters, I wanted a classic look with a little fun to them. 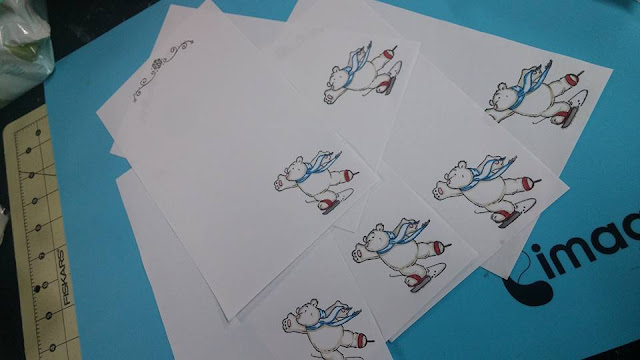 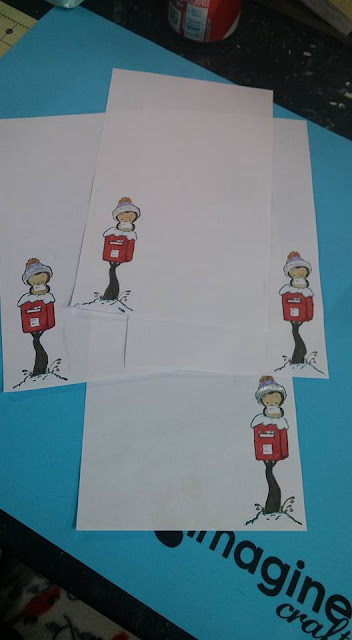 Then I decided to get really creative and use some of my other stamps and color the images in. I also added some glitter.  The only downfall is that it bleeds through the back so you can't really write letters front and back on the stationery.
Then Munchkin wanted to get involved too and I had seen this pin about making marble paper with shaving cream and thought it would be fun to try. 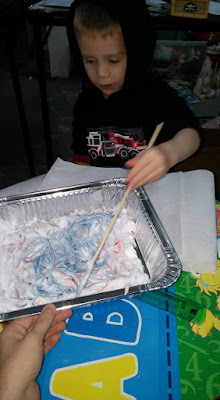 It was simple and fun, Munchkin had a blast and could do almost every step on his own. He loved picking out the color combinations. We managed to get four sheets out of each batch of shaving cream (we made 3 batches but I only got pictures of the one). I still can't believe how beautiful they came out! (note: If you cut the cards in half and glued them onto a card base it would double the amount you make but I was running on limited time, making these on Christmas eve for a Christmas present). 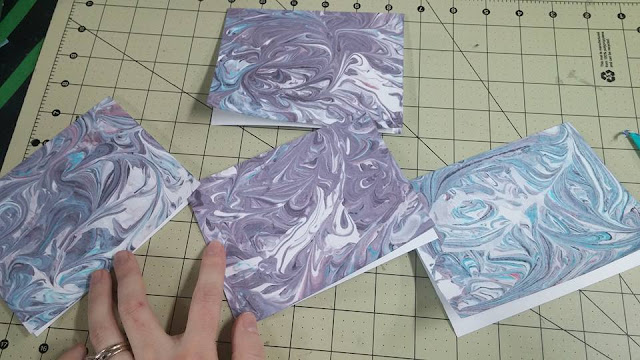 So what do you think? Which is your favorite? Have you tried making your own stationery?
﻿
Posted by Angela at 8:00 AM