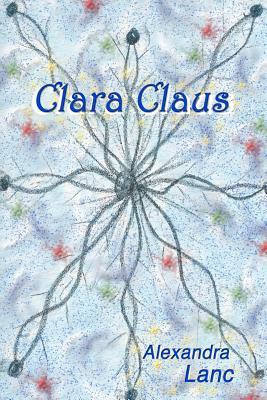 Synopsis: "Jack Frost is about to lose everything. After attempting to again destroy Christmas, the Holiday that he hates more than anything, he is threatened with losing his job, and his Immortality. But, he is given one last chance at redemption.

That last chance lands Jack in the North Pole the week before Christmas, in order to help Santa Claus prepare for his busiest night of the year. There, Jack is tasked with the job of “Tour Guide”, in order to show Santa’s granddaughter, Clara, the sights of the Pole.

As Christmas draws nearer, and Jack’s time begins to run out, he finds himself becoming fond of Clara, who attempts to show him the real meaning of Christmas, all while shocking him with her unique view of the world.

But, the past proves hard to reconcile, and soon, Jack hatches one last plan to destroy Christmas, a plan involving Clara, which may prove fatal not only for the Pole, but for her, as well -- unless Clara can melt his icy heart in time.

The first book in the fan-favorite series, the Snowflake Triplet, Clara Claus is a fantastical adventure that reminds us of the importance of hope, and the real meaning of Christmas."

My Review: I had a difficult with this one, I really really dislike the main character, Clara. She is suppose to be nearly 18 years old and I found her to be far more immature and (I couldn't really come up with a nicer way to say this) ignorant. It was as though she was just a means to get Jack to react and reveal himself instead of actually playing a role in the story. I did however really enjoy Jack's personality, he was really the only character I enjoyed. I even had difficulty connecting with the story line. All in all I have a short story novella from this series downloaded so I will read it but I can't see myself purchasing any more in this series.
My Rating: While I wasn't such a big fan of the story or the characters I must admit that I found the concept of the Snow Queen rather interesting.  Still it didn't quite live up to my expectations so I have to give it a rating of One Paw and a Stump Wag.